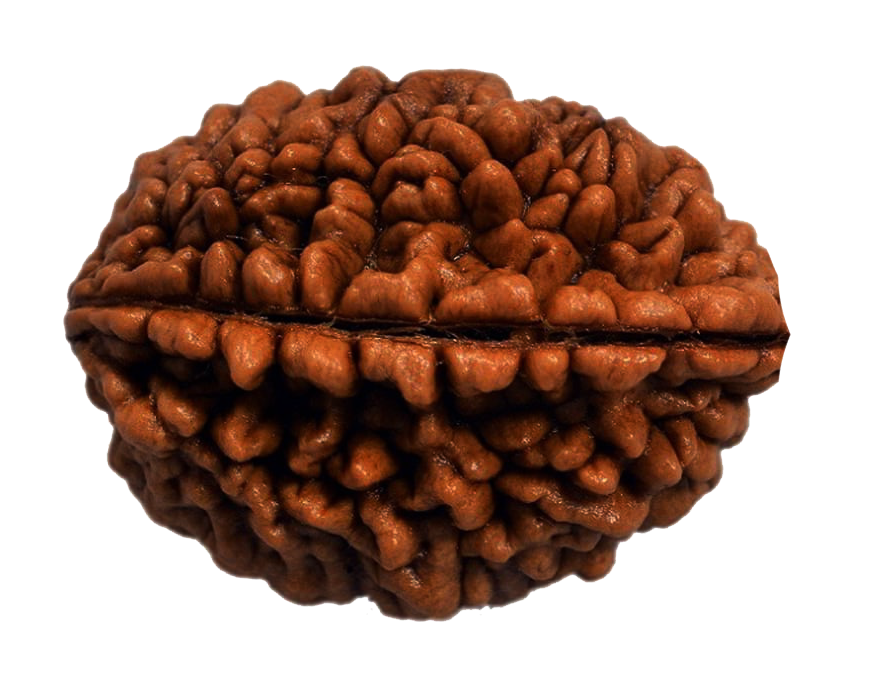 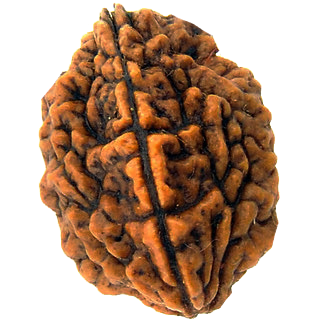 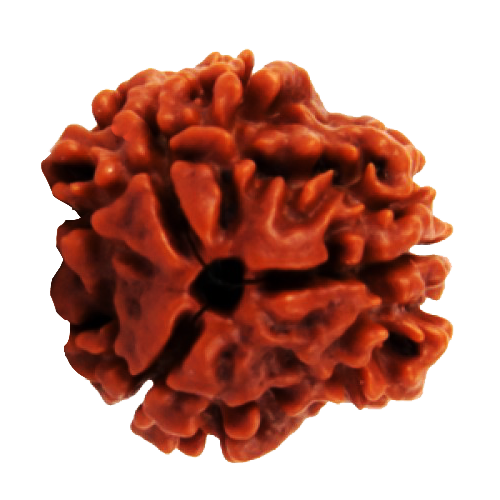 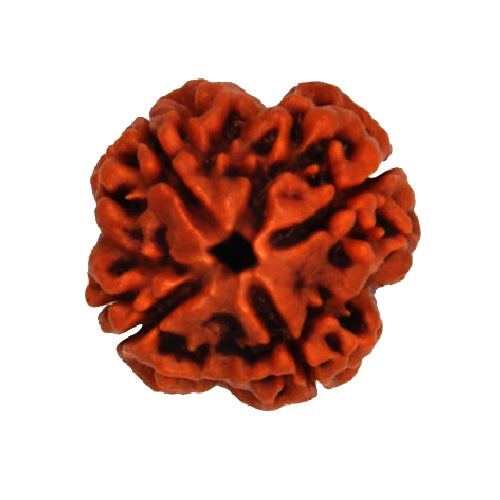 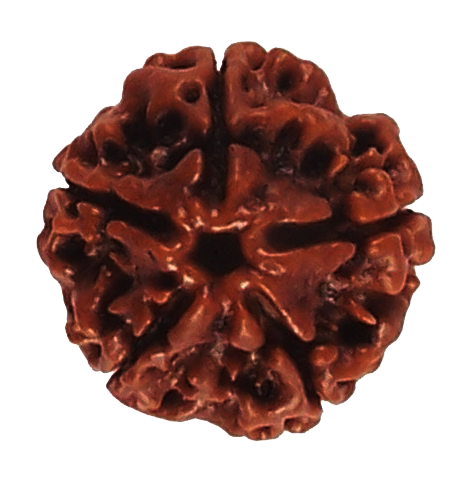 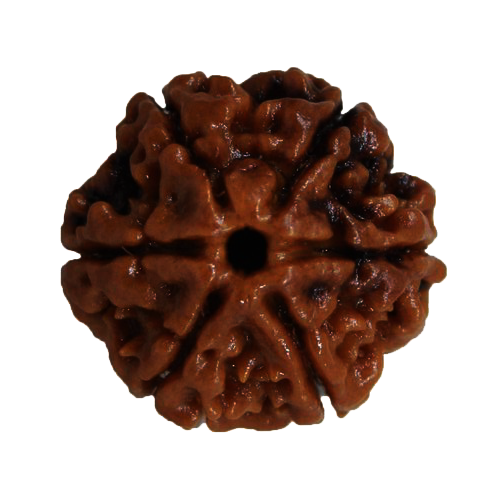 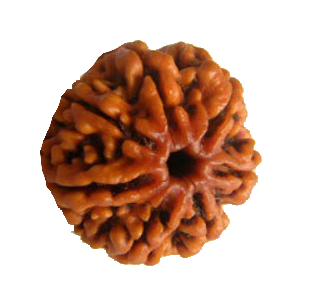 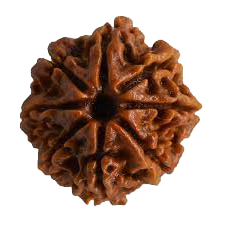 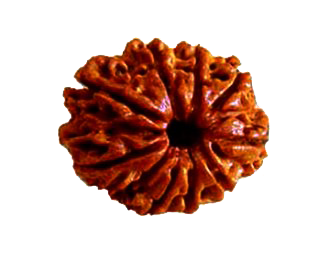 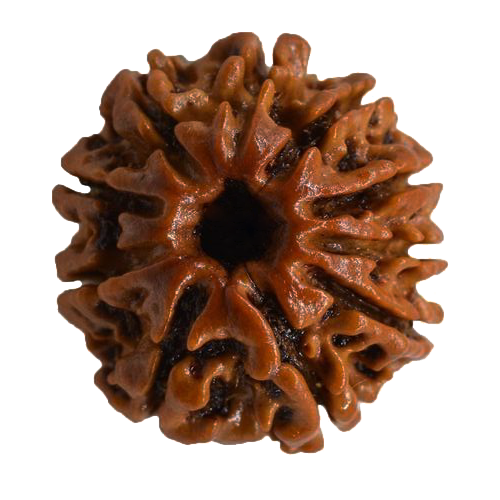 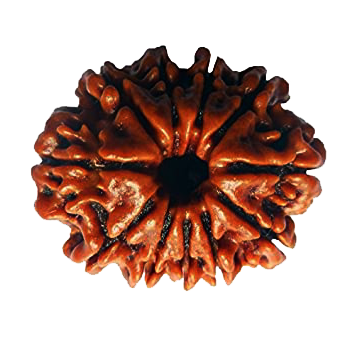 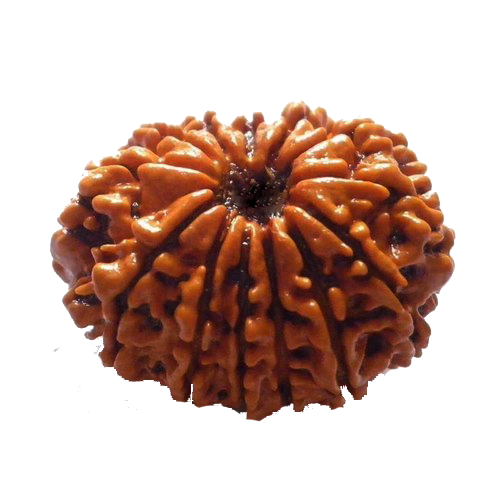 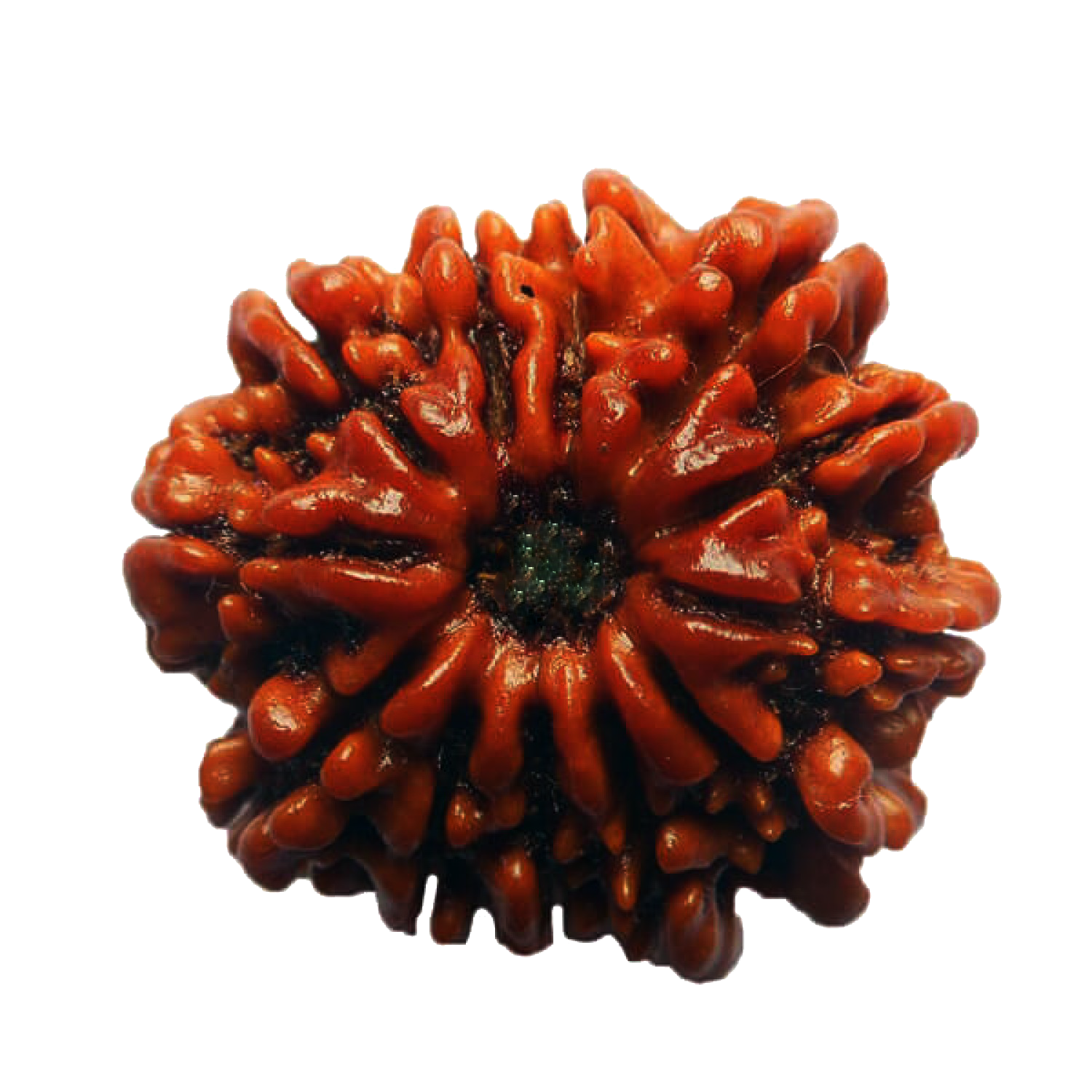 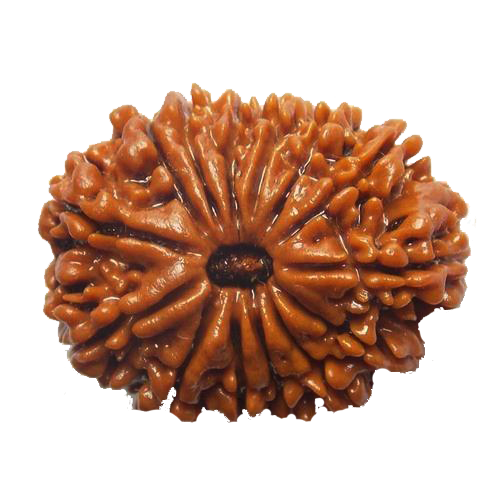 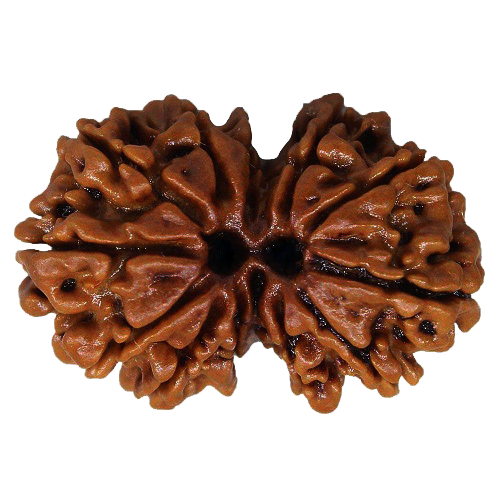 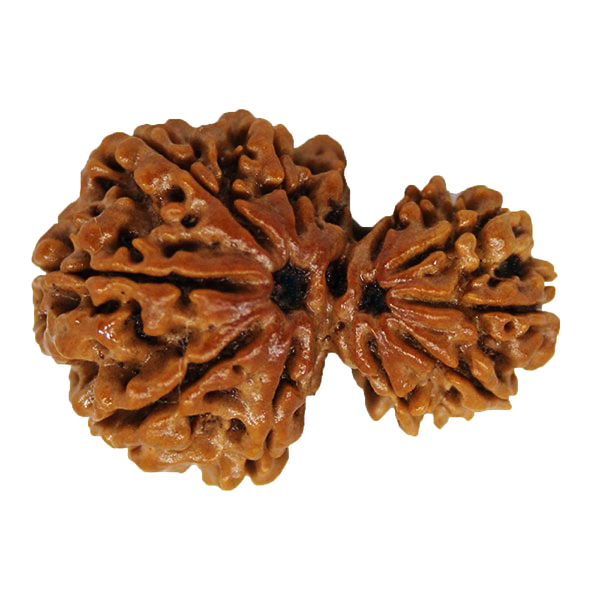 Rudrakshas are formed from the seeds of certain plants. They were originally found in the Himalayan regions and are prevalent in other areas such as Nepal and the Western Ghats. The main plant which provides rudrakshas is the Elaeocarpus Ganitrus. Rudrakshas are also known in mythology as the tears of Lord Shiva and have significance in various cultures and traditions associated with Hinduism.

India is home to Yoga. The ancient yogic system involves a discipline of the mind with thousands of years of practice to back the system. Vedas are another vital source of history. There is still uncertainty regarding the original authors of Vedas. It is believed that Vedas are over 12,000 years old. Vedas and The yogic system both promote and mention the use of rudrakshas as a healing system. Rudrakshas are also deeply imbibed in spirituality and are said to treat emotional and mental well-being.

The essence of Rudrakshas comes from the Hindu god Shiva. Lord Shiva is said to have 1008 names, and Rudr is one of those names. The literal translation of the word Rudr in Sanskrit means tears. Thus, Rudrakshas are considered to be the tears of Lord Shiva. It was said that Lord Shiva was in deep meditation, which made him realize the world’s sufferings, and his compassion for humanity resulted in tears falling from his eyes.

Lord Shiva had a specific significance towards the Rudraksha tree, claiming it to influence the spiritual growth of a human. Rudraksha is also believed to provide Raksha, which translates to protection. Shiva Purana, which talks about Lord Shiva’s writings, the wearer of Rudraksha, has a direct connection and bond with Lord Shiva.

Rudraksha is worn and held to be significant amongst spiritual believers, yogis and worn for a fashion statement. Rudraksha is shaped like an apricot and is small coloured seeds. In the western world, wearing a rudraksha mala (Garland) is widespread. It is believed that the mala protects humans from any negative energy and the chakras present inside balance the negativity from the past karma.

The Rudraksha mala consists of 108 beads or 111 beads with an addition of 1 extra bead. It depends on the source and belief on what kind of mala needs to be worn. The Kalyuga period, which is the present time, is dominated by 111 bead Rudrakshas.

Rudrakshas are used frequently in prayers and meditation. To pray with a rudraksha, the wearer sits in silence and uses their thumb to touch the beads one by one until the circle is completed. This process is called japamala. Japamala is believed to form a direct connection with the lord.

Rudrakshas are also made from organic materials. Rudrakshas contain materials such as precious stones, bones, pearls, wood, and lava. The organic components inside the Rudraksha have their medicinal effects enhancing the benefits of Rudraksha. The organic rudrakshas are popular among Yogis and worshippers of Shiva.

The Rudraksha Tree is also known as Shiva’s tree. The scientific name for the tree is Elaeocarpus ganitrus. The tree is commonly found in the foothills of the Himalayas. The Elaeocarpus ganitrus is also found in other Asian countries such as Papua New Guinea and Indonesia. Blueberry seeds is another name for Rudraksha seeds as it has a prominent significance with Lord Shiva, also known as Neelkantha. When they become fully ripe, the Rudraksha seeds have a blue outer coating that gives the name adorned by Lord Shiva devotees. The rudraksha seeds are also known to depict the tears of Lord Shiva.

There are countless benefits to wearing Rudraksha, from aesthetic to spiritual reasons. The Rudraksha mala containing 108 or 111 beads offers the following benefits:-

Protection- Believed to be powered by the strength of Lord Shiva, rudraksha grants protection to the wearer against any negativity. From physical ailments to mental diseases, the rudrakshas works as a shield in protecting the human body.

Positive Radiation- The vibrations emitted by Rudraksha emit positivity which brings in good things to the mind, body, and soul. Wearers of Rudraksha have an increased sense of happiness and mental well-being, which improves every aspect of life.

Removes Planetary Influence- Rudrakshas work towards balancing the chakras of the plant and removes bad planetary influences such as Shani, which could be a reason for problems in your life.

Harmony in World- The origin of Rudraksha was when Lord Shiva felt compassion towards the world. Similarly, Rudraksha aims to promote peace and harmony in the world and emits positive sources of vibrations worldwide.

Disease Treatment- Many physical ailments, including high blood pressure and gastrointestinal issues, are treated through rudraksha. It provides a healthy body free from toxins to the wearer.

What to look for when buying Rudrakshas?

Rudrakshas differ in their variations. The number of beads differs from one face to twenty-one faces. Not every rudraksha is the same for everyone. The kind of rudraksha to be worn should only be under the guidance of an expert astrologer. Our astrologer provides services examining your chakras and horoscope to identify the planetary movements to suggest the appropriate rudraksha for you.

Buying or wearing the wrong form of rudrakshas can cause adverse reactions when balanced with your chakras, leading to negative energies and problems. Thus it is vital to choose the correct kind of rudraksha which aligns with your body chakras.

Malas are the popular form of rudrakshas worn by people all over the world. However, the malas in today’s time have gotten wrong with the advent of commercialization. Thus, it becomes crucial to be aware of the seller when it comes to buying malas. A deadly seed in Uttar Pradesh by the name of badraksh is prevalent. On a physical examination, both rudraksha and badraksh look similar. Only an expert could identify the difference. Thus, consult a reputed astrologer before purchasing your rudraksha.

The number of beads on the Rudraksha mala varies. But the most common and prevalent versions contain 108 or 111 beads along with one extra. It is recommended that adults should not wear a mala with less than 84 beads to get the maximum benefits from the Rudraksha Mala.

Rudraksha is divine in nature and thus should be taken care of with precaution, unlike any other piece of jewelry. Ideally, the rudraksha needs to be worn daily and not removed without any particular reason. However, if you’re removing the rudraksha, it should be kept in a silk cloth to preserve its sanctity.

According to ancient sources and Rudraksha Puranas, the benefits start coming from 45 days. However, users have reported benefits from as early as 2-3 days. The wearing of Rudraksha and japamala involves faith, persistence, and discipline. Thus, it should be worn constantly to gain benefits from it.

Rudrakshas are all-encompassing. They can be worn by men, women, as well as animals. In Shiv Puran, Yogini, a staunch devotee of Lord Shiva, wore Rudraksha herself, and her dog wore it too. The benefits of Rudrakshas are for everyone despite the wearer’s gender.

Rudraksha, according to contemporary astrologers, is used to remove malefic astrological effects. There are a total of twenty-seven Constellations in the universe. Each of the Nine Planets is under their authority. Each constellation is governed by a Rudraksha that is connected to it. As a result, numerous multidimensional Rudraksha is worn according to these constellations and is proven to be beneficial in various disciplines. The Multifaceted or Mukhi Rudraksha, which has several planets dwelling on it, constantly receives energy from the planets linked to it. It has great energy-receiving capacity and functions as a reservoir. It is recognized for not only receiving but also continually releasing energy.